The World of Power Stone

The World of Power Stone, or Power Stone World, is the main setting from the Power Stone series. In the games it resembles the real-life Earth in the 19th century, except for some differences like location names and the existence of Power Stones.

Other locations: Skullhaven and Flying Castle. 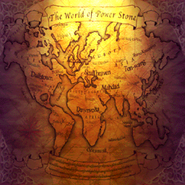 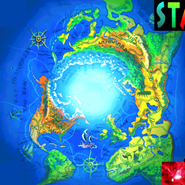 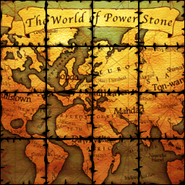 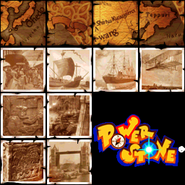 The world map that appears on the title screen and separated into pieces in the loading is different from the world map in the stage select screen. The former appears to be either an early map or was not given much attention to name placements, presumably due to players not being able to see the full map in-game. This map is missing Mutsu and Manches, Dawnvolta is in Africa, and Skullhaven is marked on land. In the stage select, Dawnvolta is in North America alongside Dullstown, and Skullhaven is a ship that appears on the Arctic Ocean.